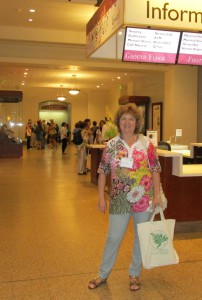 The head of TSU’s Herbarium,Irina Gureeva, gave a presentation at an international conference in Washington DC (USA) on how Tomsk scientists along with international colleagues studied Pteridophytes (ferns, horsetails and club mosses).

This conference devoted to Pteridophytes is held in the United States every five years. This year’s conference was called «Next Generation Pteridology» and was organized by the Museum of Natural History and the Botanical Garden of the Smithsonian Institution. The meetings were held in the Museum, and presentations were made by representatives of 30 countries,more than 150 researchers. Russian scientists took part in this conference for the first time and were represented by two pteridologists from Tomsk State University and Orel State University.

– Pteridophytes are a group of spore-bearing plants, which includes horsetails, club mosses and ferns – explains Professor Gureeva. – The study of this group is very important for understanding the evolution of the plant world in general. They have only their peculiar life cycle, in which there are two generations, replacing each other. Those plants familiar to us, which we call ferns, horsetail and club mosses, and what we see in the forest is sporophytes, the main generation of these plants. They form spores, the spores are dispersed, and another generation–gametophytes–grows up, a single layer of green platelets of about one centimeter, which an untrained person will not even notice. After some complicated processes, new sporophytes form on the gametophyte. Ferns have a feature that the two gametophytes of even different species or genera, settled nearby, can interbreed to form new shapes. This feature creates the conditions for micro-evolutionary changes.

Irina Ivanovna presented at the symposium a report on research carried out together with the well-known British pteridologist Christopher Page. 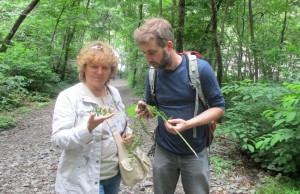 – I have been studying ferns for many years, and for the last 10 years I have examined a very interesting genus, Pterídium (bracken). Its taxonomy is debatable, as often is the case with ferns because of their volatility. It is believed that there are only two kinds of bracken, and the rest are subspecies. But we have spent several years trying to prove that two separate species – Common bracken and Pinery bracken – grow only in Eurasia. Together with Christopher Paige, my colleague from the UK, we described new subspecies of Pinery bracken, calling it Siberian – Pteridium pinetorum subsp. sibiricum. I spoke about this work, the morphological differences and characteristics of these species and their subspecies, at the symposium in Washington, – says Irina Gureeva. – We are currently trying to obtain evidence of species differences at the molecular level. In the laboratory of structural and molecular analysis of plants, we are conducting experiments to study the DNA material I collected in Eurasia.